Want to have more Queens? There's always a good chance that you'll end up losing your most powerful chess piece in every chess game you play.

Your Queen gets captured most of the time. And what's worse is it's still early on the game. But there's a “chess move” that can help you when your chess piece gets captured.

You can win back your chess piece. I just told my daughter this, and she's again excited. 🙂   I told her all you have to do is get a pawn promoted and get back your queen or have two queens instead.

I recommend you also check out this article about queening of pawns.

Can you have two Queens in chess?

I'm sure as a beginner you have this feeling that you want to save or have your most powerful chess piece for the end game.

What you may not be aware of is that you can have two or more of the most powerful chess piece on your board game at the same time. Just like having two Queens…

Also, check out this article about queenside castling.

Is it possible to have two Queens in a chess game? You can have two or eight Queens, even have more of your minor chess pieces (Bishop, Rook, Knight) during your chess game. This usually happens in the middle or end game, but sometimes it can also happen in the early game as well.

It's a special move that only pawns can do, and remember you have the option to have more Knight, Bishop, or Rook not only your Queen. This can happen when a pawn reaches the opposite side of the chess board.

You might also be interested in learning more about what happens when pawns reach the opposite side of the board. 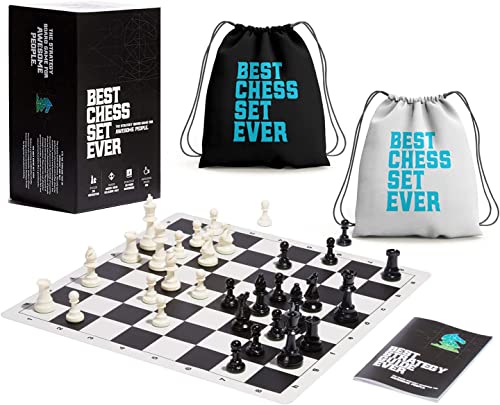 I had read more weird rules before as you can only replace your pawn with a chess piece that has been captured.   Good thing, rules changed for the better and I never really encountered those type of rules before.

This article will discuss having two or more chess piece in chess.   This rule, by the way, is called a promotion or pawn promotion.

The greatest lesson I've learned while doing this research and post is that there are two types of promotions.   This is not in any order by the way.

So, what happens if you want to replace a pawn with a chess piece that is not available?   There are some tips that you need to follow.

The absolute worst way to lose especially in a chess tournament is not knowing the rules.   As a simple move as promoting a pawn to a Queen can be a little bit complicated – if we don't know the rules.   There's the need to learn in terms of the right way to promote your pawn…But I'll just choose the one that I can explain and what I think you can easily understand.   Here are pawn promotion tips you can follow:

You may also want to read about the disadvantage of a backward pawn in chess.

Watch your opponents holding or hiding his captured chess pieces because when it's time to promote your pawn to Queen and the Queen is nowhere to be found – you can't do the number 3 tip.

But you may get away with doing the tip number 4, always be ready with the Queening or else have your pawn underpromoted.

What is the weakest piece in chess?

A beginner might ask just for fun what a chess piece is worth?   Or does it have value or points?   As we are discussing having two or more Queens in chess and chess pawn promotions.

If we were to give them value for points according to the thechessworld.com.

I have always wondered if chess pieces have some points or value – and just by searching this topic I was able to find out more about the values equivalent to chess pawn pieces.

Never thought having three pawns down will equal to losing an equivalent of a Knight or a Bishop. This gave me more perspective about captured pawns.

I'm fairly confident that you can answer this question and know the right answer from now on.   Just like my first time learning about chess I did ask this type of question. 🙂

I've fairly explained some of the rules about this, and I have given some tips above just to avoid penalty or illegal moves when you are playing in a chess tournament.   Just to keep you up, and not fall asleep…:)

What happens when your pawn reaches the opposite side of the board (meaning the last square)?

Here are some of the answers you should keep in mind:

These notes were furthered explained above, but if you want to get just an idea, you can go through this list.

You may also want to read about how you “can you get out of check by castling?“

The whole point of this article about having two or more Queen in a chess game was to learn about the special move of pawn called “pawn promotion” and applying or learning the right way to use it on your chess games.

As a parent teaching their kids about chess or a beginner learning for the first time, this one should be carefully explained and understood as I've shown above there are chess tournament players that commit the basic mistake of Queening.

So be careful when you are about to promote your pawn.   You were right to ask this question, and I hope by now you've come to realize that it is possible with pawn promotions.

I had fun writing this article and hope I was able to help you somehow!